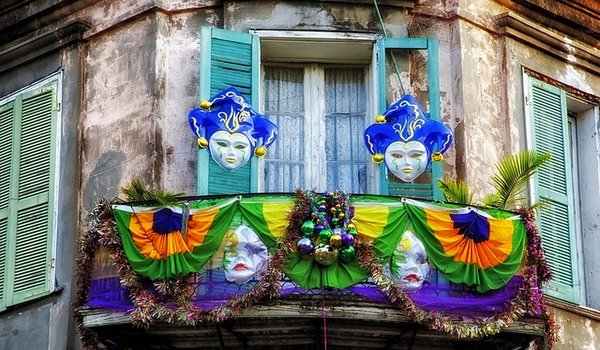 The French Quarter, also known as Vieux Carré, is a well-known neighborhood in New Orleans. It is one of the oldest districts in the city. Its history dates back to the 18th century colonial years of the Spanish and the French. This history is especially visible in the architecture. The French Quarter is also a district full of bars, restaurants, hotels and shops. This vibrant neighborhood will keep vacationers entertained for days. Despite its touristic character, it is also a residential area that houses a large variety of African and European immigrants.

A Day at the River

New Orleans is a valuable port. Trade has always been important in this city, due to its convenient spot near the Mississippi River. Vacationers will also enjoy this iconic and mighty river. Kids like to watch the ships go by, and food lovers have a great time at the riverbank restaurants. Seafood, especially, is a delight in these restaurants. The Mississippi river is within walking distance of the French Quarter.

A Night Out in Bourbon Street

Known worldwide among party lovers, Bourbon Street is the place to go for an electric night out in the town. Music bursts out of every corner in this melting pot of bars, clubs and restaurants. Due to a tolerant public drinking law, visitors are often seen hopping from one bar to another, while drinking their cocktail and singing or dancing. Music is a strong signature of Bourbon Street. Various musicians roam the streets to feed the lively atmosphere. Make sure not to drink too much because Bourbon Street is one place you want to remember.

When it comes to architecture, the French Quarter is mainly known for its creatively designed ironwork balconies, lush green courtyards, and its graceful fountains. Spanish and French influences are visible in many of the historical buildings. Jackson Square is the most iconic landmark in the neighborhood. This square is a delight for history lovers. Here they can find the St. Louis Cathedral and the Cabildo, a colonial government building. The Pontalba buildings also flank the square. These are the oldest apartments in the country.

Sleeping in the French Quarter

Visitors have a lot of choices when it comes to hotels. One of those choices is the stylish Prince Conti Hotel. Here, guests will stay in romantic, antique furnished rooms with a charming 19th century touch. The hotel is a comfortable getaway in the center of the French Quarter. Various French Quarter attractions are conveniently within walking distance.

An Electrifying Adventure in the New Orleans French Quarter

A city-trip to New Orleans is a dynamic adventure. Neighborhoods like the French Quarter will take visitors back to colonial times during daytime strolls, and will make them forget the time when they watch the sunset over the mighty Mississippi river. And at last there will be the nights. The nights they end up singing and dancing their way through Bourbon Street, enchanted by all the jazz, soul, gospel, and pop sounds that were born in this multicultural hot spot.