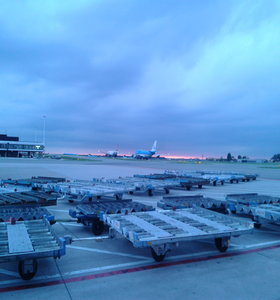 9 reasons why you should avoid budget flights

Do you want to fly to your travel destination with a budget airline? Then I strongly advice you to think twice. Remember that when buying cheap you get cheap, and that is the last thing you should choose for when it comes to flying. Here are 9 reasons why you should never fly for a very low price.

1. The location of the airport

Many budget airlines do not depart from a large international airport. Instead they depart from smaller ones. It could take some more time to get to that departure point, which could be difficult to reach by public transportation, or it might be much further away from your home. This creates the weird situation that your transportation to the airport could end up being more expensive then your flight.

I once found a flight to Gdansk (Poland), departing from Groningen Airport (The Netherlands). The flight ticket would cost me a whopping 10 euros! However a train ticket to Groningen would cost me already 25 euros! 10 euro for a ticket from The Netherlands to Poland is very cheap you might say. That is true, but keep in mind that there are many hidden/extra costs, which can make the price of your flight much higher.

Do you want to fly low budget? Then you better have no wishes, no expectations, and no luggage. Any extra service is going to cost you. Checking in at the airport, you pay extra. Bringing along checked baggage, you pay extra. Having a drink in the airplane, you pay extra.

The prices for these extra services can be very expensive, so these extra costs can make your seemingly cheap ticket suddenly a lot more expensive. Besides collecting money for extra services the airline is also trying to save money on as many expenses as possible. One of those money saving methods is an inconveniently far location of the departure gate.

3. Location of the gate

Large airports have many gates. The price fighters rent the cheapest ones, which are usually situated far away, at the back of the airport. Plan some extra time to get to your airplane after checking in and getting true customs. It could be a long walk to the gate. Make sure you really walk and do not use the moving walkway. Your legs are going to appreciate the exercise later on.

It will not take long before you will be confronted with another money saving method, which probably will be your next irritation factor. Once in the airplane you will love the cramped seats. Thank god you where able to use your legs for one last time, on the long walk to the departure gate.

Not enough space for your legs is maybe bearable for a short flight but on a long distance journey you might start praying to god that the suffering will be over soon. In order to save money they will cram you into this inhumanely small spaces. Unfortunately there is very little entertainment offered to distract you from your misery.

You will not be blessed with your own entertainment system when you book a low cost flight. Instead you will be forced to watch a movie on a shared screen. Of course this needs to be a movie witch is suitable for everyone, so you probably will be watching very cheesy movies.

You will try to close your eyes in order not to watch the movie, but the pain and suffering from your crammed chair makes you craving for distraction. As a result you might end up watching that movie anyway. Then again you could also take the time to think about what you are doing in that airplane anyway, as you might take a risk by flying for such a low price.

You think the airlines will only cut costs on customer service, and leg space? Think again. Some airlines also try to safe money on fuel costs. Pilots decide how much fuel is being tanked for the flight. However, sometimes they are forced to take as less fuel as possible. The amount of fuel in the tank might be enough, if nothing goes wrong, but what happens when the flight takes longer then expected..

Some airplanes got in trouble when they approached the airport. They where told that they had to delay the landing due to a busy airstrip, but there was no more fuel left to wait. A stressful situation for the pilots and the people in the flight tower. Combine this with the stressful working conditions of pilots and you create very dangerous situations.

7. Treatment of the staff

Do you want to trust your life on pilots who make to many hours and are pressured to fly for low wages, in dangerous conditions. They often operate with the fear of being fired if they choose for safety instead of the company policies. Sometimes they are just contractors. Which means that they are self employed. Their employer does not have to pay taxes, and the pilots do not get payed when they get sick. 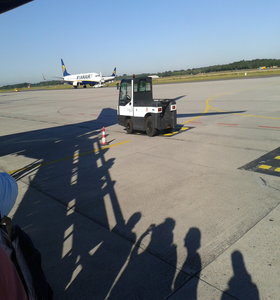 You can’t really blame the cabin crew for not being the most friendliest and helpful people in the business, considering the tough working conditions. The crew is often very tired, stressed and over pressured. Once more you get what you pay for. A cheap tickets means cheap service, and that will not only apply to the airplane staff but also for all the other people who are working in that company.

Do you want to complain after your flight, or cancel your ticket after reading my article? It can be difficult to to get something done from the budget airline customer service. Often there is no customer service available in your country. Then you have to make an expensive call abroad and explain your situation in English. I tried this and like I expected, nothing ever happened when I tried to cancel my flight.

Cheap is not always better

Lets be honest. A price of 10 euro for a return ticket to Poland is an extremely low price. However, you pay this price because the price fighter has been compromising on things like customer service, safety, and comfort. Especially the safety issues are kind of disturbing. Please think about your safety when you book a flight.

Do you want to put your life at risk to save some money? Having less comfort is understandable and you have a choice if you want to pay for extra services, but you have no influence on your safety during the flight. An airline should never save money on safety procedures. That is just wrong in so many ways. Therefore I strongly advice you to reconsider flying with budget companies.

Did you ever fly with a budget airline? How was your experience? Would you fly with that company again after reading this article?